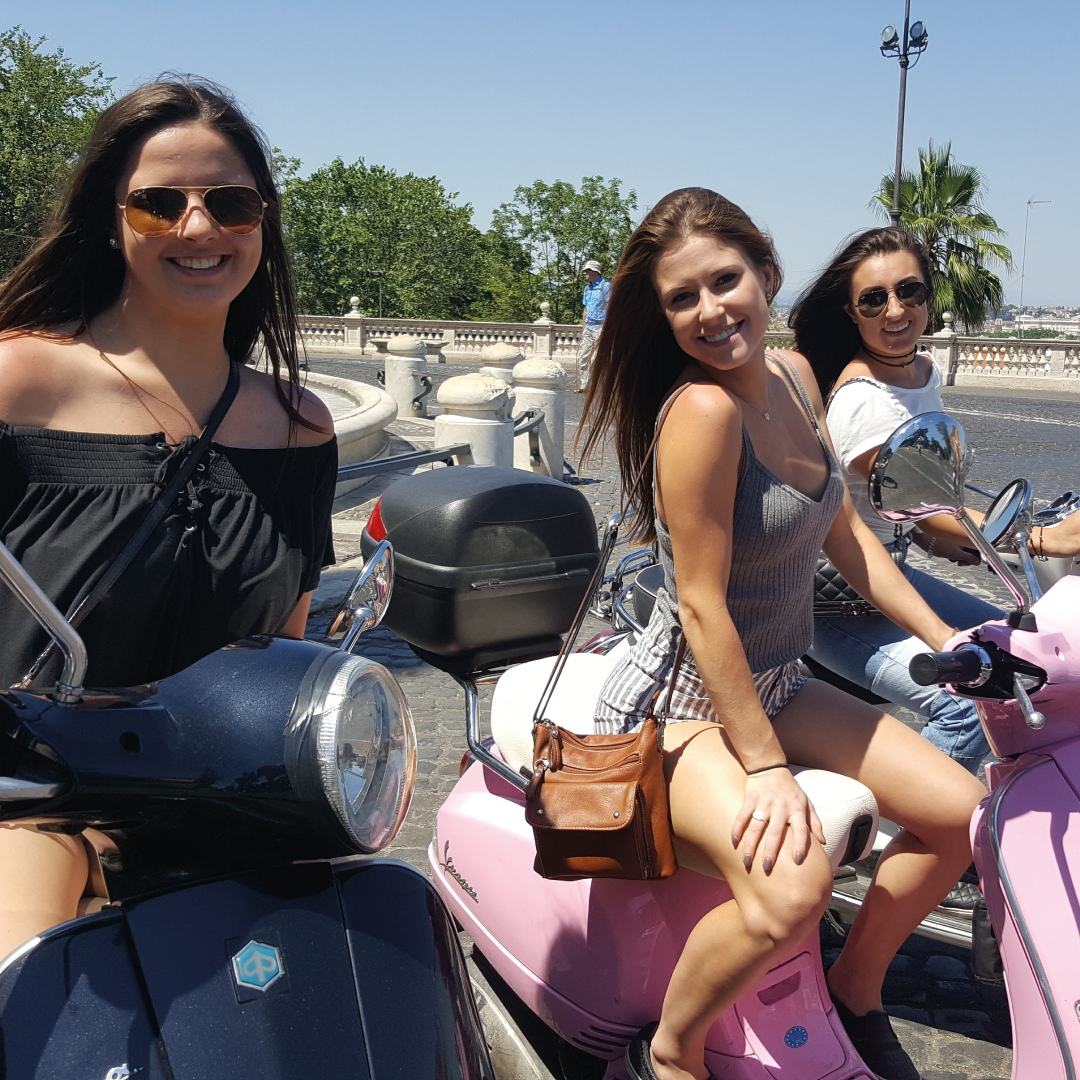 Are you going to visit the eterna city for the first time? Or you already are a fine connoisseur of the town? Either way you’re probably looking at a map in order to figure out how to get to Castel Sant’Angelo and buying metro tickets; but you know what they say: when in Rome do as the romans do and what’s best than visit the city on a motor scooter with our vespa hire service in Rome?

Hire a vespa and live a different Rome

In our venues at Trastevere and piazza Argentina you can hire motor scooters LML star with the same looks as the vespa vintage, in order to visit the town like Audrey Hepburn in “Roman Holiday”.

Once you rented the vespa Rome is basically at your feet; you can choose to start from piazza Argentina and then roam around the city centre, moving past Campo dei Fiori, the Pantheon, Via del Corso and then stop at piazza di Spagna and piazza del Popolo (or if you’re not sure how to move around you can always book for our “The essence of Rome” tour A) or you can visit Trastevere and its folkloristic alleys and then move to Testaccio to see the Monte di Cocci, the acatholic cemetary and taste the true spirit of the city.

With a scooter is easier to move around a congested city like Rome, you can save time and also see parts of the city that you wouldn’t normally insert as a part of your stay here. In the south area of Rome, besides Testaccio, we suggest you to visit the Gianicolo to admire the magnificent view, walk around and see the firing cannon that works everyday at 12am. After you’re done here, jump on the scooter and follow the course of the Aurelian walls, run along the Caracalla’s thermal bath and reach San Giovanni’s area.

Here the things to see are plentiful: from the Basilica, to S. Croce in Gerusalemme church and the Sardinian grenadier museum.

Continuing you’ll find yourself between San Lorenzo and Pigneto, two areas full of students and artists where street reality meets hipster cafès. Also very good places to get a beer at night.

Moving around the outskirts of Rome

After that much urban reality and traffic, maybe you’ll want to look around more peaceful areas and still visit something. Thankfully outside the raccordo that surrounds the city we still have a lot of interesting places to see.  For the ones that would like to see the sea, Rome is directly conected with Ostia, the official harbor of the city, through the Cristoforo Colombo and Ostiense’s streets.

Immediately you’ll find yourself on the seafront, where you can take a walk and get to the harbor, or you can hang around the main square, eating some delicious ice cream.

Not far from ostia there’s the archeological site of Ostia Antica (http://www.ostiaantica.beniculturali.it), one of the biggest here in Italy, and the medieval castle of Julius II.

If you prefer nature, hills and good food there’s the Roman Castles, where you can try the famosi fraschettas and see churches, villas and estates.

One possible route could be Frascati-Rocca di papa-Grottaferrata. You’ll arrive at Frascati, do a lunch pause (I suggest a place called “Grappolo d’oro”) and then see the Villa Tuscolana (http://www.villatuscolana.com ) or stroll around Tuscolo Hill and after you’re done go to Grottaferrata to see the wonderful abbey of San Nilo. A more nature-y kind of route could be Ariccia-Castel Gandolfo-Noemi, where you can taste the famous porchetta and then move to see the Pope’s summer estate and relax on the lake’s banks. And if you want to visit the castles with a guide, we have another tour B ).

So, aren’t you ready to sit on a Vespa and start to explore the city in a total new way? We of the Rome For You team are waiting for you to choose our vespa hire service in Rome and vive you one of the best experience of the city.

Try the service vespa hire Rome in this page.

SuccessivoVespa rental Rome: how to live the city like a true romanNext

We love doing what we do

The visitor’s astonishment will fill us up with pride and joy, just like a child who is happy to perceive his mother as an object of the people’s high appreciation and admiration. Passion for the old charming Vespas and bicycles has done the rest, making us choose these vehicles to lead you right through the City, in depth.These are the emotions that we will be proud to share with those, who, on the occasion of their visit to Rome, perhaps for the first time, will choose us as their “Cicero” (guides).